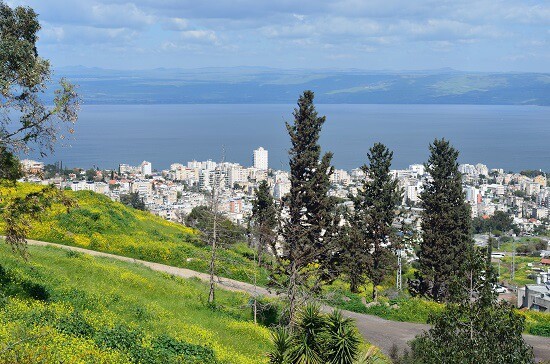 Built in the 1st century AD on the shores of the Sea of Galilee, and named for Tiberius Caesar, the city became the seat of the Sanhedrin, the Jewish high court, around 400 AD. The codification of the important “Jerusalem Talmud” in the town ensured its place as one of the four Jewish holy cities in the land. Famous rabbis like Akiva (2nd century AD) and Maimonides (13th century) are buried here. Today it is a famous resort town and a base for many tourists and pilgrims visiting the Galilee.